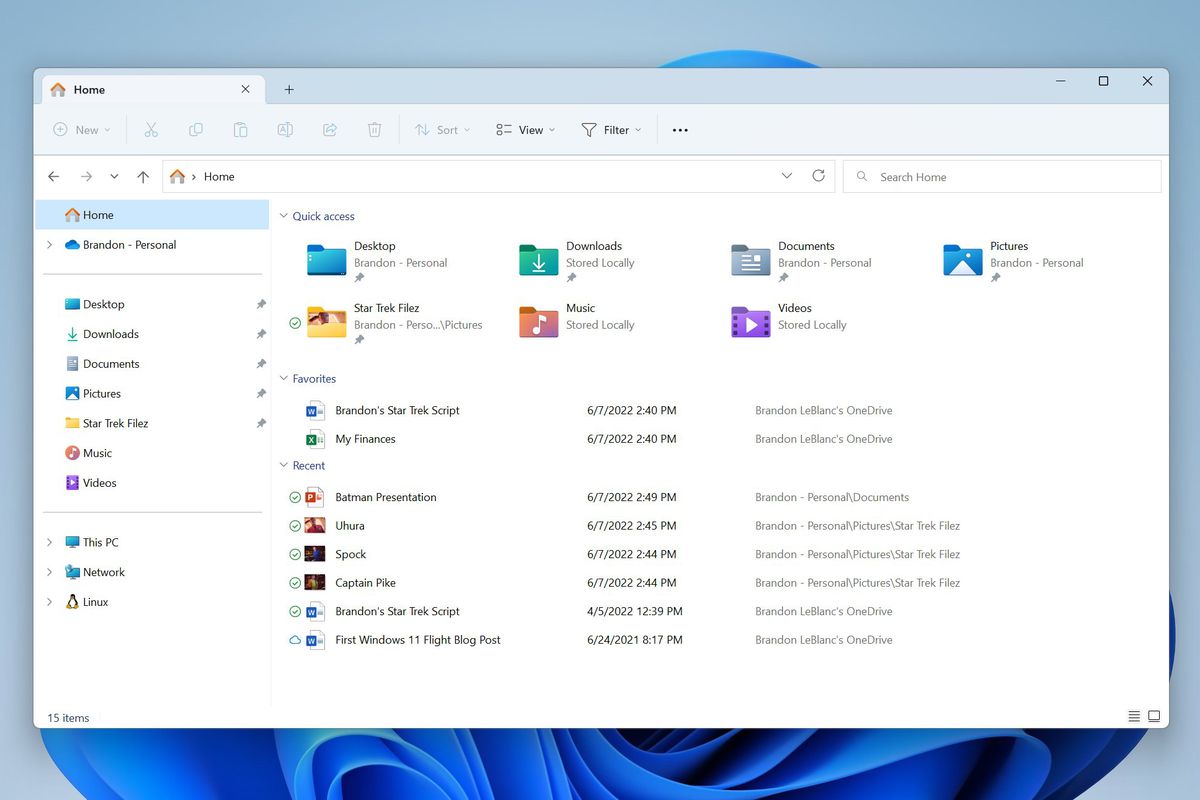 It’s been about four years since Microsoft tested and then abandoned an attempt at adding tabbed browsing to the File Explorer in Windows 10, and now a new Windows 11 preview build released today is giving it another shot. EarTrumpet developer Rafael Rivera spotted hints of the test in March before Microsoft confirmed that the feature, as well as the new Home screen for File Explorer you can see above, is coming to Windows 11.

A post on the Windows Insider Blog explains that Build 25136 is testing a File Explorer browser with tabs so you can jump back and forth across folders without popping open a new window. However, even if you’re a Windows Insider and your PC is set to receive Dev Channel builds (for people who are willing to receive the most active updates, even if there’s a chance they’re unstable), you may not see the test right away. As senior program manager Brandon LeBlanc emphasized in a tweet, the features are rolling out. Apparently, they will wait for feedback before enabling it for more testers.

It also includes an experimental left navigation panel that lists the Home button first, followed by your OneDrive cloud-synced folders, then folders you’ve pinned for quick access, with This PC and Network drives below that. In the test, Microsoft says, “Known Windows folders which are available by default in the navigation pane are no longer displayed under This PC to keep that view focused for your PC’s drives.”

The other big feature it’s rolling out tests of in this build brings more dynamic content to widgets in the Windows 11 taskbar. Microsoft only recently restored the Weather widget to the taskbar in Windows 11 with live updates, but now it’s testing automatically refreshed content for sports and finance widgets, as well as breaking news alerts. 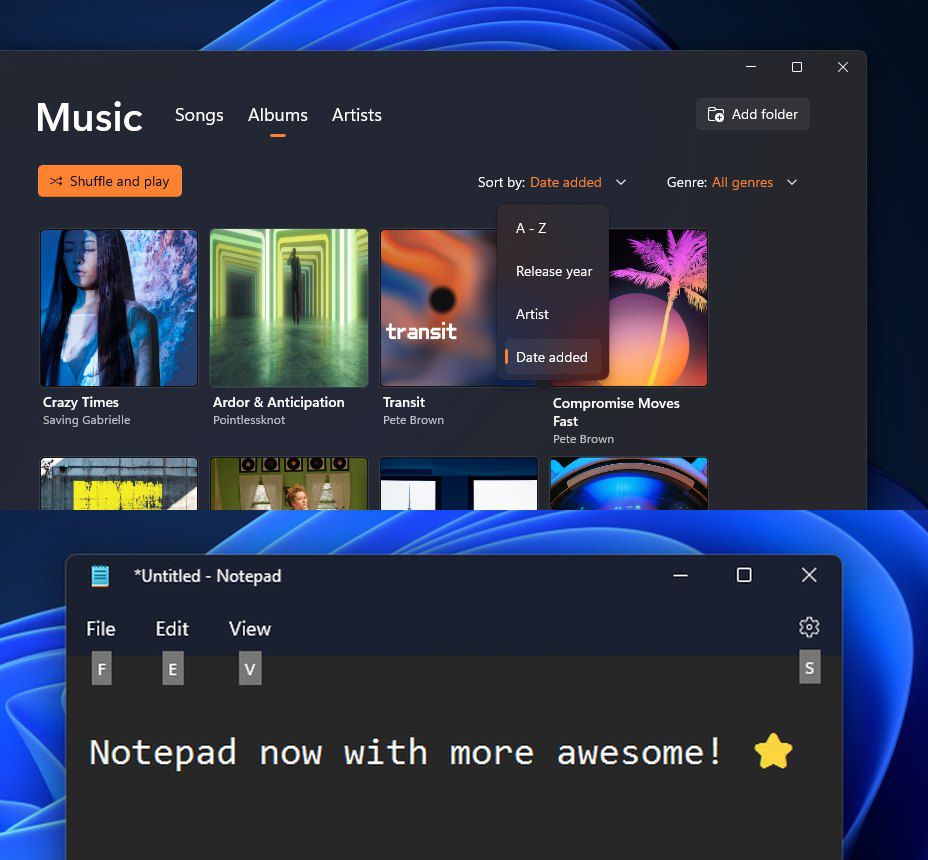 The Windows 11 Insider tests of Media Player with a “date added” sort option, and Notepad with support for keyboard access keys

Earlier in the day, the team mentioned testing an updated Notepad app that has native support for ARM64 devices and support for assistive tech like screen readers, text scaling, and access keys. A Media Player update is available to all Insiders for testing has added CD playback support (some people will appreciate that more than others) and a new filtering option that allows users to sort their collections by Date Added, or, as I call it, The Correct Way.